Back to News and Publications

Six with Harvard roots made formal financing pitches at the event, which WilmerHale hosted in partnership with Harvard’s Office of Technology Development (OTD). Two of the , Hyperlight and RightHand Robotics, are WilmerHale clients.

The night provided an opportunity for promising entrepreneurs based in the Northeast to strengthen their connections with legal counsel, investors and other in the heart of Silicon Valley.

These connections are already paying off, according to Harvard Magazine: one of the six featured , Aliro—a brand-new company developing “software for emerging cloud-based quantum computing platforms”—is near to closing a seed financing round as a result of the event. “Liss said there had been frequent conversations and since the gathering, which he judged successful already, based on the contacts made there,” the magazine reported.

“We’re always proud to play a role in the growth of such innovative young companies,” says Buckland, who co-chairs WilmerHale’s Emerging Company and Venture Capital Practice and has worked closely with many technology throughout their lifecycle.

Partner William Lee, the senior fellow of Harvard Corporation who has litigated some of the most prominent intellectual property disputes between technology companies, played an instrumental role in setting up the event.

“We appreciated this opportunity to roll out the red carpet for our East Coast friends,” says Lee, “and we hope to host more of them in our West Coast offices at future events.” 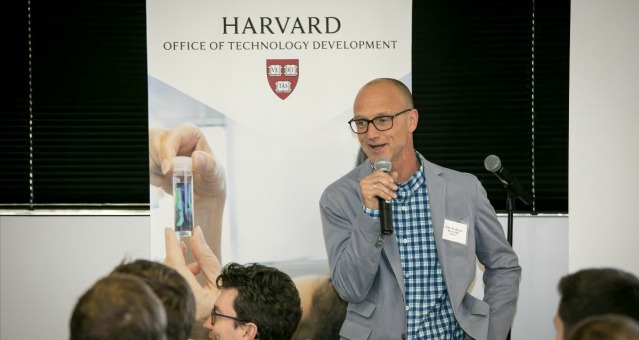 TOP 10 AI MARKETING TOOLS YOU SHOULD USE
Most Frequently Asked Questions About Affiliate Marketing
What is Blockchain: Everything You Need to Know (2022)
Trino turns 10: Starburst celebrates a decade of its open source query engine
Is your doctor providing the right treatment? This healthcare AI tool can help
University of Michigan Institute for Social Research is developing new data platform
Sanofi, Pfizer & Bristol Drugs Among the 12 Approvals to Look Out for in Q4
Vertex Stops Test of Rare Disease Drug, Dimming Pipeline Prospects
Codiak Bio’s IPO Brings In $82M as Exosome Clinical Trials Begin